When you examine what makes a great fence, you look to its posts to ensure they are properly set to hold up its sections. They provide strength and a strong foundation that help its pieces remain in place year after year. When you look at the history of Frederick Fence, you realize that Charlie Powers’ vision and his values are the posts for the company’s prolonged success. Though he remains humble about his achievement, it’s his strong work ethic, family-minded approach to his work and exceptional salesmanship that have contributed largely to Frederick Fence’s growth.

To coincide with putting the finishing touches on its Grove Lane office in 1986, Charlie purchased Seneca Fence and inherited many of the company’s staff, including Louise Banard, one of the company’s most accomplished fence consultants who still works at Frederick Fence to the delight of her colleagues and clients. This purchase allowed Charlie to expand his sales territory while continuing to cultivate both a highly skilled sales team and installation center that accounts for the significant growth Frederick Fence experienced while the local economy grew.

As real estate prices soared closer to the DC area, residents and businesses began looking for more affordable properties farther from the DC line. The difference in the starting price of a home further up I-270 seemed to vary by $10,000 with each passing exit until you hit the highway’s end at the crossroads of Route 15 and I -70. As new commercial and residential developments cropped up within Frederick and its surrounding counties, so did opportunities for Frederick Fence. The real estate boom in the late 1990’s offered significant opportunities for Charlie and his small company to where it sometimes took 12 weeks to put a fence in the ground. “Just sell the fence” was Charlie’s motto, “we’ll worry later as to how to get it built!”

An Eye for Talent

To handle the increased business, Charlie developed a clear vision of how to sell and build fences that endure. He also became skilled at how to attract and retain talent. Powers credits himself for hiring the brightest and best people, many of whom would stay at Frederick Fence for decades before moving on. Jay Ely joined the company in 1983 and would eventually become Charlie’s business partner before leaving the firm in 2014. Randy Fouche, who joined the company in 1983 to “answer phones, pour concrete and work in the supply yard,” now serves as one the company’s accounting staff. When asked why he’s stayed for more than three decades, Fouche says he knew Charlie was building something “special and different” to where he now views Powers as less of a boss and more of a father figure who genuinely cares about people.

If you ask Kathy Crum, Frederick Fence’s Office Manager why she has stayed since joining the company in 1989 as a bookkeeper, she’ll express her extreme appreciation for Powers, whom she considers one of her closest friends and mentors. “Charlie valued my opinion and placed his trust in me—I got to help him create a lot of different programs to help with sales and other departments in the company. You don’t often get that kind of freedom in other places. And then there’s the family atmosphere, which really sets us apart from most companies. People love the sense of belonging at Frederick Fence; they invest early and stay for long periods of time.” At one point in time, five of the six sales people working for Charlie had seventy-five years of fence consultation between them.

The distinction Charlie makes about his staff’s longevity is simple: “People work with me, not for me.” For him, every person who walks through the doors of Frederick Fence—whether they are an employee, client or vendor, they are family. If you know Charlie, you recognize that family represents a cherished bond for him. “I wanted to build a place where people wanted to stay,” says Powers. “I learned early on that I wasn’t always the expert and so I learned to listen and ask questions. I also would read and try to keep up with the world as it was changing so I could grow the business and provide for not just my family, but every person who placed their trust in me to get the job done.”

As the local housing market continued to thrive in the early 2000’s, so did Powers’ desire to expand his company. The decision to purchase land and build Frederick Fence’s current headquarters on Tilco Drive was an easy one. “We needed the space for inventory and I wanted to increase our wholesale and resale business since there was a high demand for it,” says Charlie. Relocating to Tilco Drive paid off handsomely as a significant portion of Frederick Fence’s revenues still comes from residents and DIYers who frequent the showroom that showcases the wide-array of fencing materials and accessories Frederick Fence offers. In 2010, the company expanded its capabilities by purchasing equipment to fabricate its own vinyl fencing, allowing the company to upgrade its product lines now as more residential communities want fencing solutions with greater curb appeal.

“The internet also played a big major part in our growth. I’ve never been one for mailers and coupons. I like the idea of folks finding us on the web because it’s easier for us to explain what we do and how we do it without having to resort to cheesy sales pitches and discount coupons to get people to want to do business with us.” While many small businesses spend ample time looking over the shoulders to see what the competition is doing, Charlie prefers to find ways to continue to do what he does best—offer the best fence products at affordable rates. To keep up with doing business in the digital age, Charlie invested in new technologies, such as laptops, a CRM tool, and the creation of a behavioral based training program for his staff, which he contributes to more than a decade of sustained sales growth—even as the real estate bubble burst in 2008. “Nothing happens until we sell something, so my focus has been on making sure we have a great product and awesome people to sell that product.”

Looking Back and Moving Forward

Since opening shop more than 35 years ago, Charlie Powers ensures that something is always happening at Frederick Fence. Although it meant lots of sacrifices and missing meals with his growing family in those early years, Charlie credits his faith in God as the basis for his success. His spirituality and passion for the Bible are equally as important to him as are the enduring relationships he’s had with his wife, Diane, their children and the staff at Frederick Fence. Ask Charlie and he’ll unashamedly tell you that God’s been his co-pilot his entire journey, even today as he plans for what’s next in his life.

One thing is certain. So long as Charlie continues to share his unique knowledge and wisdom, Frederick Fence’s story will continue for years to come.

In our next chapter, we’ll have Charlie reflect on his success and what he’s learned over the years in his own words! 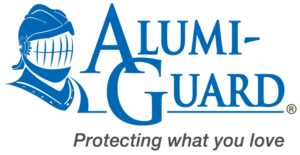